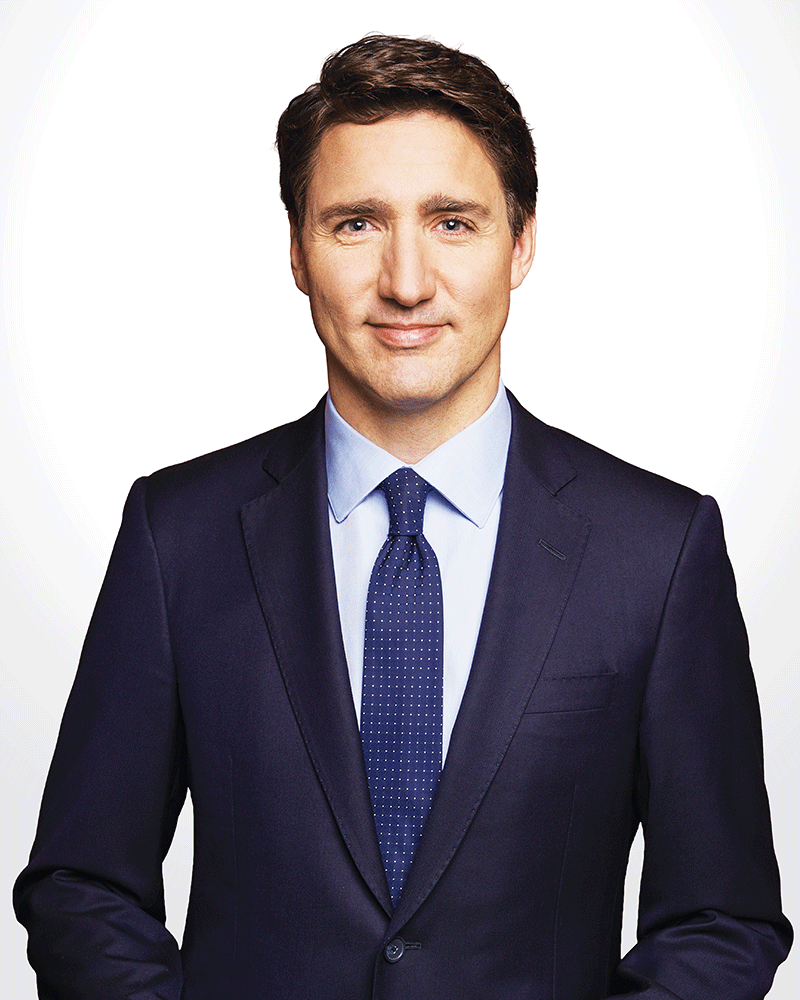 Over the past 10 years it has become harder for millions of Canadians to get ahead. Some people think the solution is to continue on the course we’re on, giving benefits to the wealthy and making cuts to everything else. I have a different plan, to invest immediately in jobs and growth and lower taxes for the middle-class. My vision of our country is a place where everyone has a shot at success because we have the confidence and leadership to invest in Canadians.

This vision is very much shaped by my experiences, and the influences upon me — Trudeau and Sinclair, father and mother, French and English, East and West. I am always a son, but today I'm also a husband, a father, and a man passionate about his country. And I'd like to share with you the sense of duty that propels me: to serve our country by fostering common ground where every Canadian can find his or her own place within a strong and fair country.

After graduating from McGill in 1994 with a B.A., I found myself with a lot of time to think about my life and my future. That summer, in a quiet moment of reflection on a hillside, I realized my next step: I would become a schoolteacher. This would be my way of having a positive influence in the world.

Before I knew it I had graduated from the University of British Columbia's education program and was teaching in Vancouver, mostly in French and math.

After years of teaching on the West Coast, I decided that it was time to return home to Quebec. I loved Vancouver, had a great group of friends, loved the mountains and the ocean, but at thirty, I was starting to feel that it was time to settle down and possibly start a family. I couldn't imagine that happening anywhere other than Montreal.

Back in Montreal, I was asked to help host the 2003 Starlight Children's Foundation gala. My co-host for the evening was a charming Quebec TV and radio host. Her name was Sophie Grégoire. We had a great time chatting that night, and by the end of the gala I knew she was a very special woman.

A few months later, at the end of August, I was walking up Boulevard Saint-Laurent when a voice passing in the other direction offered a cursory "Salut, Justin." We chatted, and I asked to take her out for dinner. "Drop me a line sometime and we'll see" was her casual reply, and she walked off. It took a few weeks of chatting by email and phone, but I was persistent. Sophie finally agreed to a dinner date. We went to the Khyber Pass, on Duluth, for Afghan food, and talked about a hundred different things, returning often to my brother Michel, my father, and shared memories from the 1980s.

As our first date drew to a close, I felt a giddy sense that Sophie would be the last woman I ever dated. It took her a few weeks to realize I was serious, and a few more to agree with me. On October 18, 2004, I took her out to visit my father's gravesite in Saint-Rémi, where I quietly asked for his blessing on what would have been his eighty-fifth birthday, and a few hours later in a beautiful candlelit Old Montreal hotel room, I asked her to marry me so we could build a life together. We have been together ever since.

In February of 2007, Sophie sat me down and showed me something that would change my life: a home pregnancy test, clearly displaying a little blue plus sign. I was ecstatic. All my life I had wanted more than anything to become a dad. I was inspired by the extraordinary father I'd had, the example he set for me to follow. Sophie and I had wanted kids almost since the day we got married. I felt pure excitement and anticipation.

Xavier James Trudeau was born October 18, 2007, the day my dad would have turned eighty-eight. His middle name was a nod to my Grampa Sinclair. He was a fat, happy baby with his mother's green eyes and open-hearted disposition. He would grow strong and athletic, fearless on the field and in the water, but shy in new situations with new people. Sixteen months later, on the fifth of February, 2009, Ella-Grace Margaret Trudeau followed suit. Ella was luminous and peaceful, but with a will, determination, and quick mind that soon had her running circles around the rest of the household. And her father? Well, no big surprise: she has me wrapped around her little finger. Five years later our third child, Hadrien, entered the world and continues to add more joy to our lives every day.

Being away from my wife and young family to serve as an MP and Leader of the Liberal Party is always very tough, but I also find it useful in giving me perspective. It prompts a few simple questions: Is the time I spend away from my family worth it? Was I building a better future for them, focused on serving the world they would grow up in?

By 2005, I was getting called upon more and more often to speak at conferences and various events on youth or environmental issues. I was by this time chairing the Katimavik board, a position that included successfully encouraging the Chrétien government to increase and stabilize funding to $20 million a year, as well as delivering cross-country speeches to high schools on the value of community service and volunteerism.

I was also on the board of the Canadian Avalanche Foundation, where I promoted avalanche safety through events at ski resorts across the West, pressured provincial governments in B.C. and Alberta to help fund the Canadian Avalanche Centre and its public advisories, and helped with private fundraising for the organization.

The more I spoke with young people all over the country, the more I began to gravitate toward a life of advocacy. It was becoming increasingly clear to me that the issues young Canadians cared about — education, the environment, their generation's economic prospects — needed a stronger voice in the public sphere. I also began to feel that a generational change was approaching, one that might open up new possibilities. It was against this backdrop that I made my first steps into politics.

My career as a politician began in a parking lot. A grocery store parking lot, to be precise, directly across the street from a shawarma restaurant and a barbershop. It was just me with a clipboard, approaching strangers to ask if they would pay ten dollars to purchase a Liberal Party membership. This wasn't the actual election campaign. It was the opening days of the nomination battle to choose the candidate who would carry the Liberal banner in Papineau once the election was called. I was in the fight armed with limited money, barely any retail-politics experience, a couple of friends as volunteers, and a staff of one, who happened to be my wife.

By the time the day of the nomination meeting arrived, I had been up and down every street in the riding, visited every mall and shopping area, shaken hands with thousands of people, and listened to innumberable stories. I felt I had gotten to know the people of the riding and their concerns. Thanks to the support of people I had met during those months, I won on the first ballot that evening, taking 690 of 1,266 ballots casts.

From late 2007 through the first half of 2008, I continued to campaign enthusiastically in Papineau. During the election campaign of that year, my days began at seven, when I stood outside one of the nine metro stations in the riding handing leaflets to commuters rushing to catch their morning trains. When morning rush hour ended I began mainstreeting at stores and restaurants throughout the riding. Lunch was usually shared with volunteers in the campaign office to help keep them motivated. Afternoons were a good time to visit seniors' community centres before heading back to a metro station, greeting passengers returning home at the end of their work day. Evenings were filled making telephone calls to community leaders, encouraging them to attend the next day's events. After a few hours' sleep, I would get up to do it all over again.

On election night, I was elected to win Papineau by a narrow margin. It was hard work, but I loved every minute of it. Most of all, I loved the interaction with the people of Papineau. So much of politics is fleeting and ephemeral. But the connections you make with the people who invest their hope and trust in you, that's what gets you through all of the rest. That's what makes it worth doing.

Like many Canadian adventures, my campaign for Leadership of the Liberal Party began around a campfire. A group of close friends, advisers, and family was gathered at Mont Tremblant in July of 2012. I said a few words about what I hoped we would accomplish over the course of the weekend. I talked about how it was very important that we come out of our gathering with a shared sense of purpose. I asked everyone to answer a simple but important question: "Why are you here?" One by one, people told stories that any Canadian would recognize. It was a heartening conversation.

When it was my turn to answer the question, I concluded very simply that I believed this country was better than its current government. Canadians are broad minded and big hearted, fair and honest, hard working, hopeful, and kind. I said Canada had some big issues to tackle, but none bigger than those we had successfully wrestled in the past. Too many people were being left out and left behind in Mr. Harper's vision.

Soon after I made up my mind to run, I recognized this leadership campaign would be different. We would have to draw in the passengers, build the train as we rode it, and lay most of the track at the same time. This is where the idea of hope and hard work started to take shape. We needed both a solid work plan and the positive outlook to build the numbers and momentum that would draw in the kinds of people required to get the job done.

Over the course of my leadership, I would come back to the same issues over and over again: growth that works for the middle class, and fair economic opportunity for everyone; respect for and promotion of freedom and diversity; and a more democratic government that represents all of Canada. These were the pillars upon which we wanted to build our campaign, and a program for governing this country. They still are.

On election night, Canadians told us they shared that vision, and entrusted the Liberal Party with a majority government – with seats in every province and territory across the country. On November 4, 2015, I was honoured to be sworn in as Canada’s 23rd Prime Minister, with an equal number of men and women in Cabinet — a first in Canada’s history.

I am deeply grateful to have this opportunity to serve you – and every Canadian across our great country. I am committed to leading an open, honest government that is accountable to Canadians, lives up to the highest ethical standards, brings our country together, and applies the utmost care and prudence in the handling of public funds.

Thank you for taking this journey with me, and thank you for putting your trust in our team. We’re just getting started. 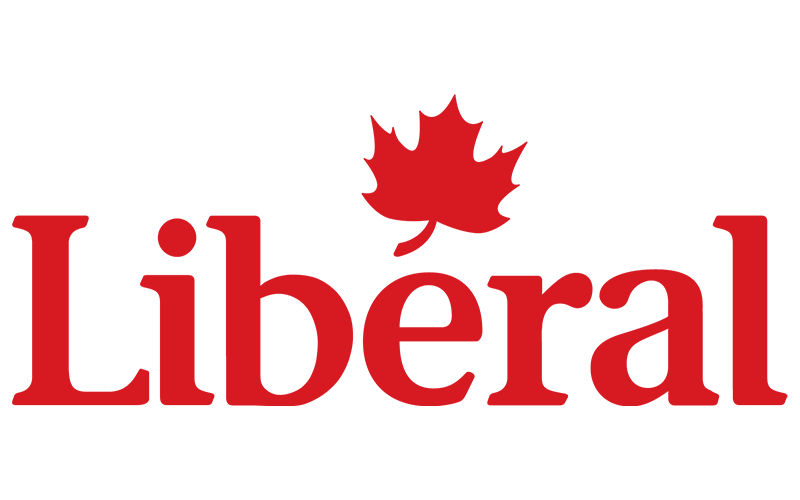